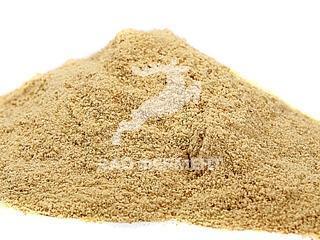 The antler deer breeding product application has a history of more than one thousand years. And for so many years, the preparations and medications made from antlers have taken the leading position among the countless traditional and nontraditional remedies of health maintenance, youth prolongation and senescence postponement…

Antlers (young deer horns) are the bone sponge gorged with blood. Antlers are a complex organ that consists of various, mostly young, growing and differentiating tissues. The integument is the skin; the central is cerebral, rich of the thin-wall vessels surroundeded by the loose AREOLAR connective tissue. The antlers preserved by the thermal treatment have been used in the folk medicine of the South-East Asia countries for over 2000 years.

In the basic oriental medicine recipes, the conserved antlers have always been triturated and comminuted to take in the form of powder as a medication often mixing it with other powders. Their positive action has been observed at anemia, exhaustion, general body weakening after infectious diseases, at cardiovascular system failure, delayed healing. To this day, the oriental physicians successfully prescribe antlers at various functional sexual system disorders in both males and females. There is a belief that the antler and ginseng tincture is the most effective medication against all forms of impotency.

For 80 years, in Russia they have studied the chemical composition of antlers and the mechanism of their impact on human body. The research performed by us has proved conclusively that not only the antlers of red or Japanese deer have healing properties, but also the ones of reindeer. Moreover, their potency by some of the biologically active substances is much higher than of the red deer antlers. Under extreme conditions of the Far North, the reindeer, struggling for survival on the short polar days, generates the maximum quantity of the biologically active substances. This unique phenomenon explains the burst of vital force in those indigenous ethnic groups, which consume the reindeer antlers. At that, the vital biologically active substances are compensated in the body which helps a human being to survive under severe conditions of the North...

Antlers contain a huge number of the bioactive substances, ALBUMINOUS compounds and energizers required not only for treatment of various diseases but also as a prophylactic, a tonic agent for the apparently healthy people.

At the present time, the two preparations are made from antlers PANTOCRINE and VELCORNINE. At that, only 3% of solids are transited to the preparations at the extraction. The principal share of the biologically active substances remains in the cake and is not used. We have developed the hydrolysis method, which allows for the 32% of the biologically active substances to be transited from antlers.